From a feeling of failure to failing forward 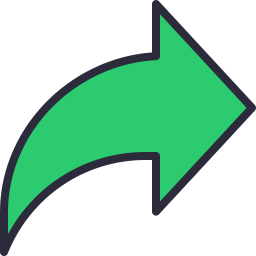 Do you believe in zero-defects? I used to, until I realized how unrealistic it is. Unrealistic meaning, not to recognize the truth about a situation and the difficulties involved in achieving something. Striving towards excellence, on the other hand, is a good thing. It refers to something above the norm, of a high quality and standard. Striving for excellence motivates and inspires you. Perfection on the other hand can demoralize you.

It saddens me to see beautiful and talented people struggle with their self-value, yet years back I was one of those who expected perfection from myself. I didn’t make allowance for mistakes in my own life. The word “failure” and “surrender” were words I regarded as a sign of weakness. I wrongly believed that I needed to be productive all the time and felt guilty when I just sat and relaxed. How ridiculous I was!  I set incredible high standards for myself and expected the same from others around me, until God showed me that I was actually trying so hard to find acceptance of myself. I thought I needed to be perfect to be accepted by others, but the truth was, it was actually to accept myself.

Years ago I was backstabbed by a business partner. Anyone know what I am talking about? Yea, there are many of us out there. She turned against me, because of her own selfish motives. I saw a trail of “dead bodies” lying behind her, of which I was one. It took me two years to get over the shock. I felt I had made a mistake by entering into an agreement with her. I lost a huge amount of money, the business closed down, people who she had lied to turned against me. I was in shock and felt like a complete failure. “Where did I go wrong?” I wondered blaming myself. I wanted to take the reins into my own hands. I wanted to go to court, however God clearly said to me, “SURRENDER”. He convinced me that He would work behind the scenes, “not by might but by His Spirit” (Zech 4:6). When a situation seems out of our own control, God’s Spirit of truth searches and tests hearts (1 Cor 2:10, Gal 6:4). I had to trust God’s Spirit of truth to minister into her heart. Years later I did in fact receive an apology. God’s Spirit is alive!

Feel like a failure? Buy John Maxwell’s book called, Failing Forward. It changed my way of looking at failures. I used to associate mistakes with being a loser, disappointment and failure. Today I realize that mistakes are mere HURDLES for us to climb over, so that we can move towards the next and higher step of the ladder of life. Come on, let’s be realistic – is there really anyone out there that has never made a mistake? Surely not! Look at Abraham Lincoln and Thomas Edison for instance.

I leave you with this profound proverb, “For a righteous man falls seven times and rises again…” (Prov 24:16).

The mistakes we’ve made in life do not determine our value. If someone’s made you to believe that, it is a lie. It’s about getting up and learning from those mistakes that distinguishes us from the rest. Failures are part of real life. Getting over ourselves make of us victors. When we change a negative into a positive. As God’s Word says, “Those who are born of God are victorious over the world.” (1 Jn 5:4)

Go on then – be an overcomer, be a victor! Conquer the ways of the world. Don’t look back. Always look forward. 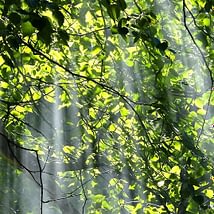 Rishon moves in the prophetic and was ordained into full-time ministry in 2007. She is called to teach, inspire, activate and intercede for all believers to have their hearts transformed as overcomers and kingdom leaders.

INSPIRATIONS from the heart

Inspirations from the heart

A spring breeze am I

Stop when you hear Me